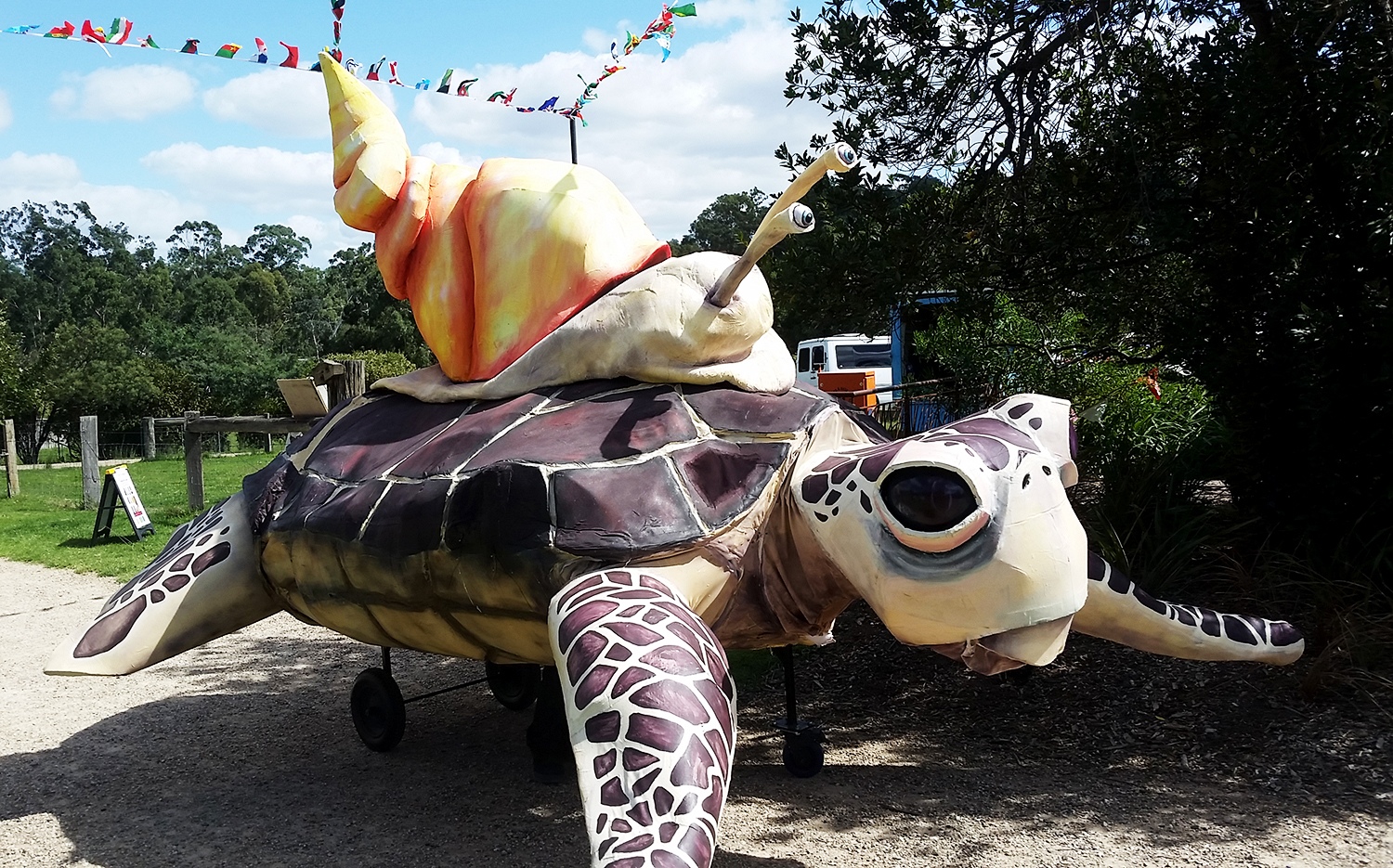 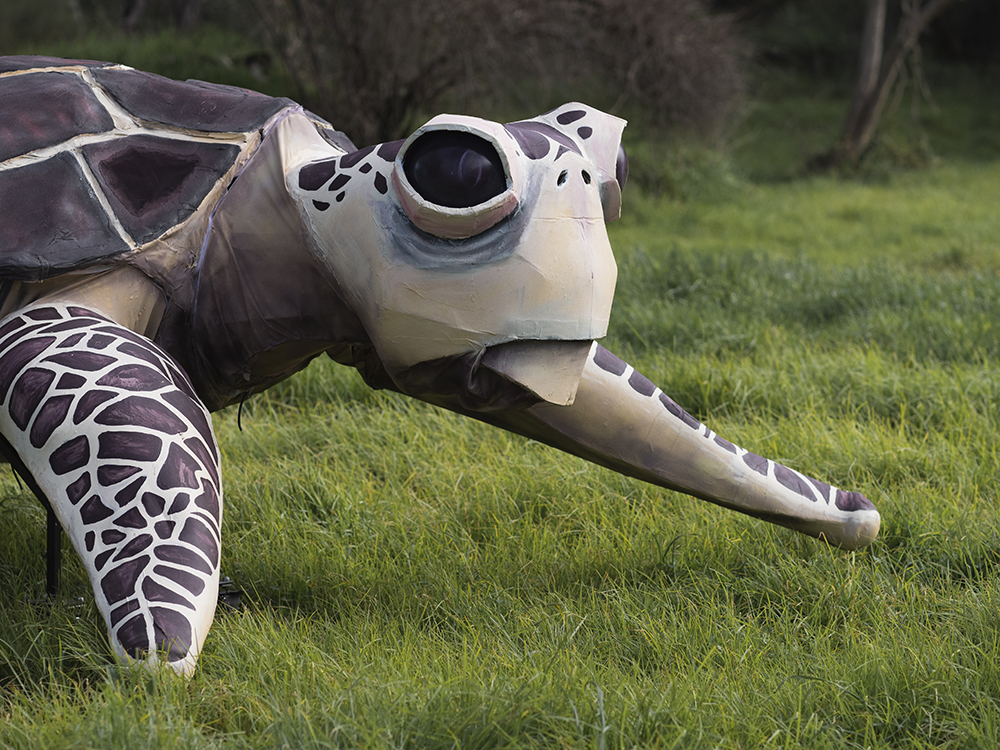 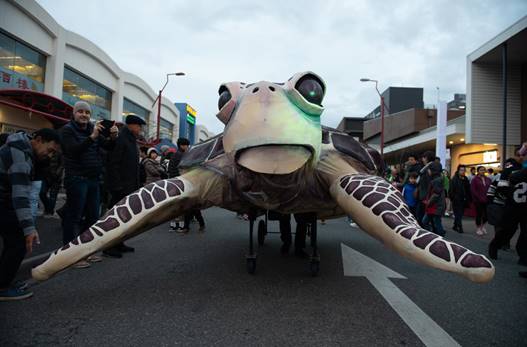 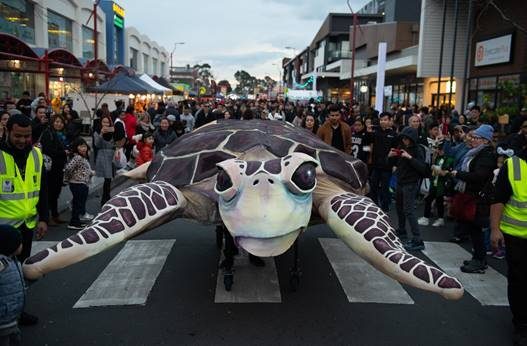 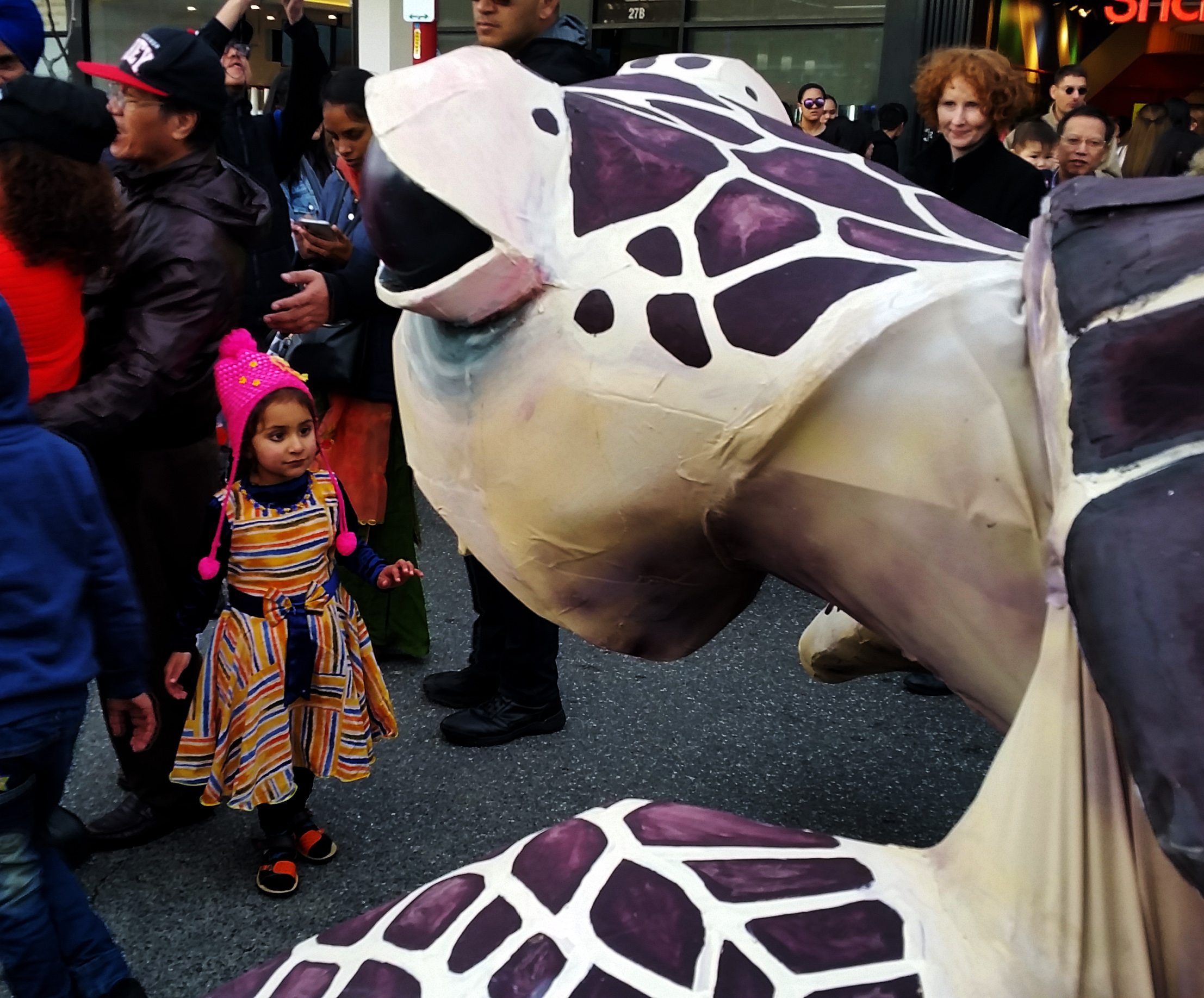 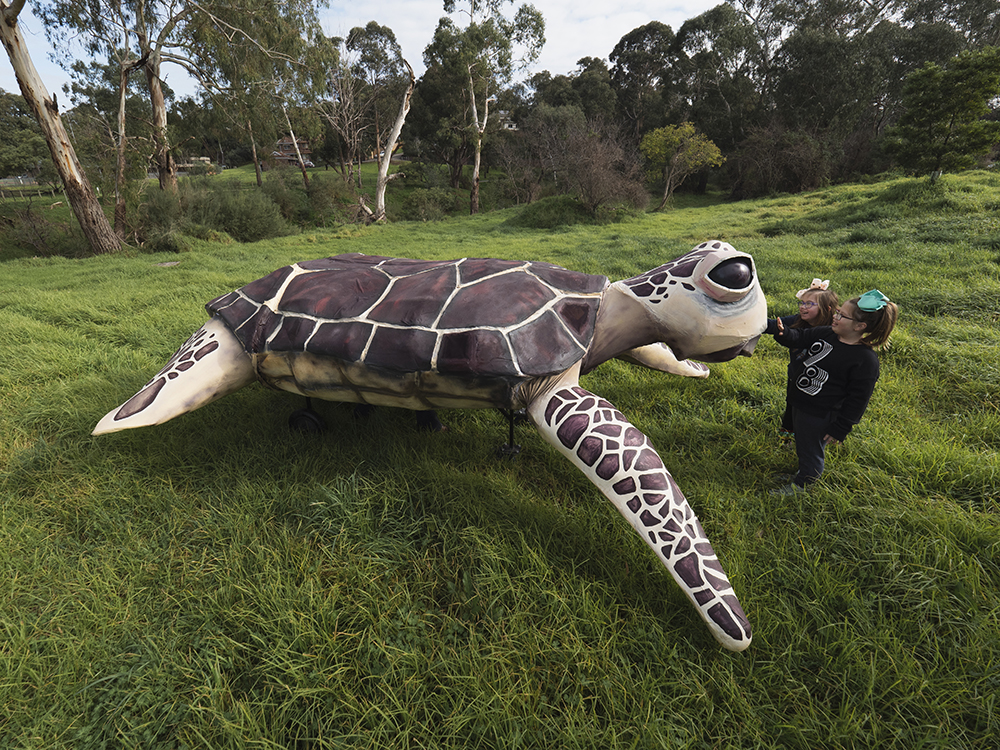 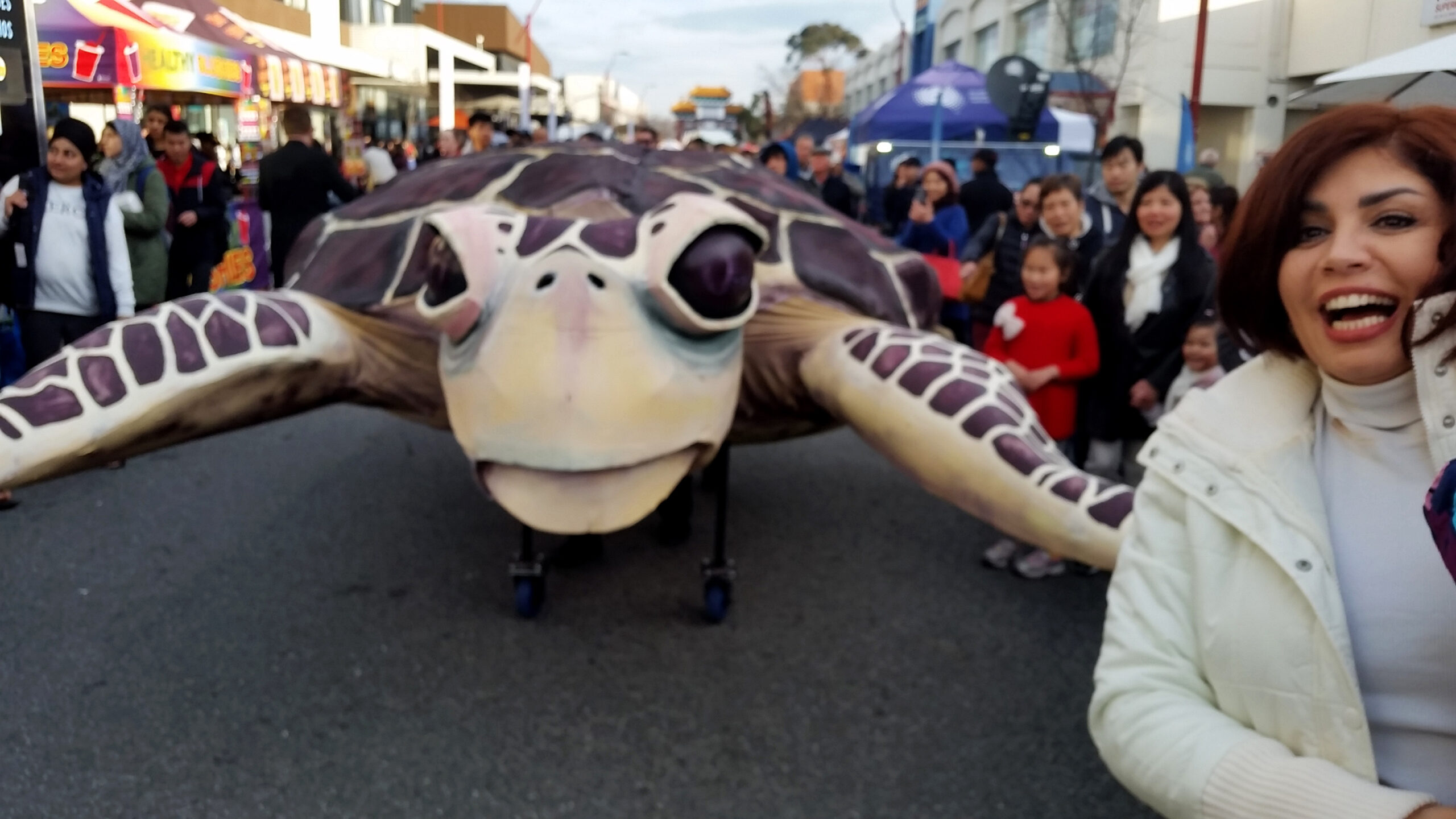 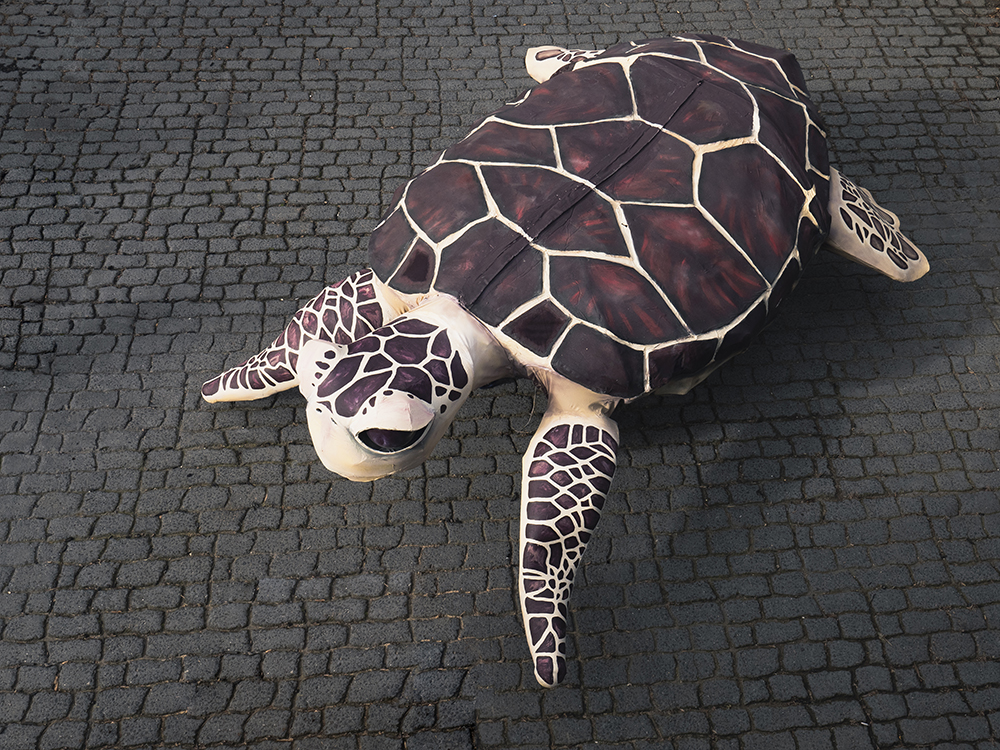 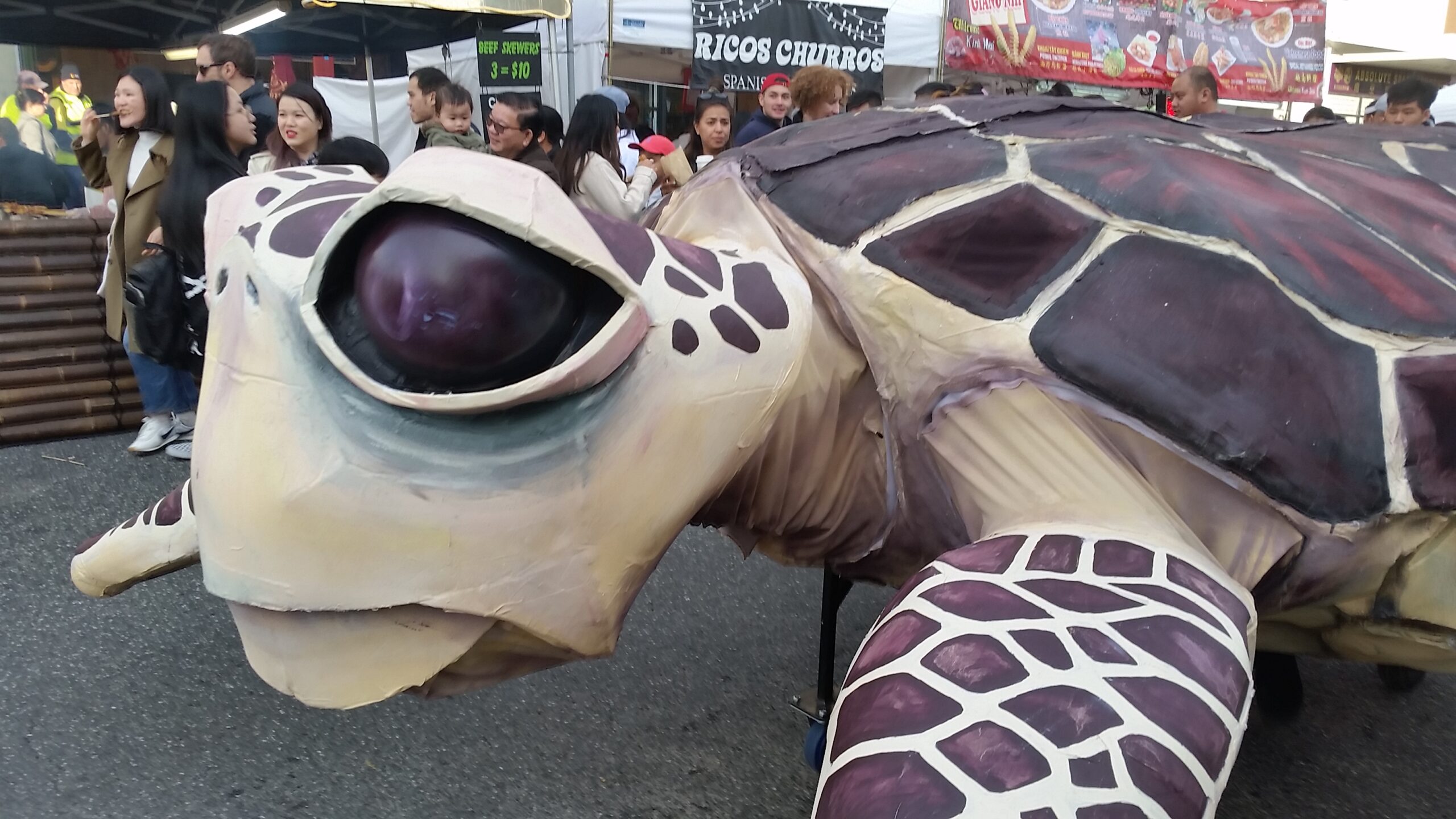 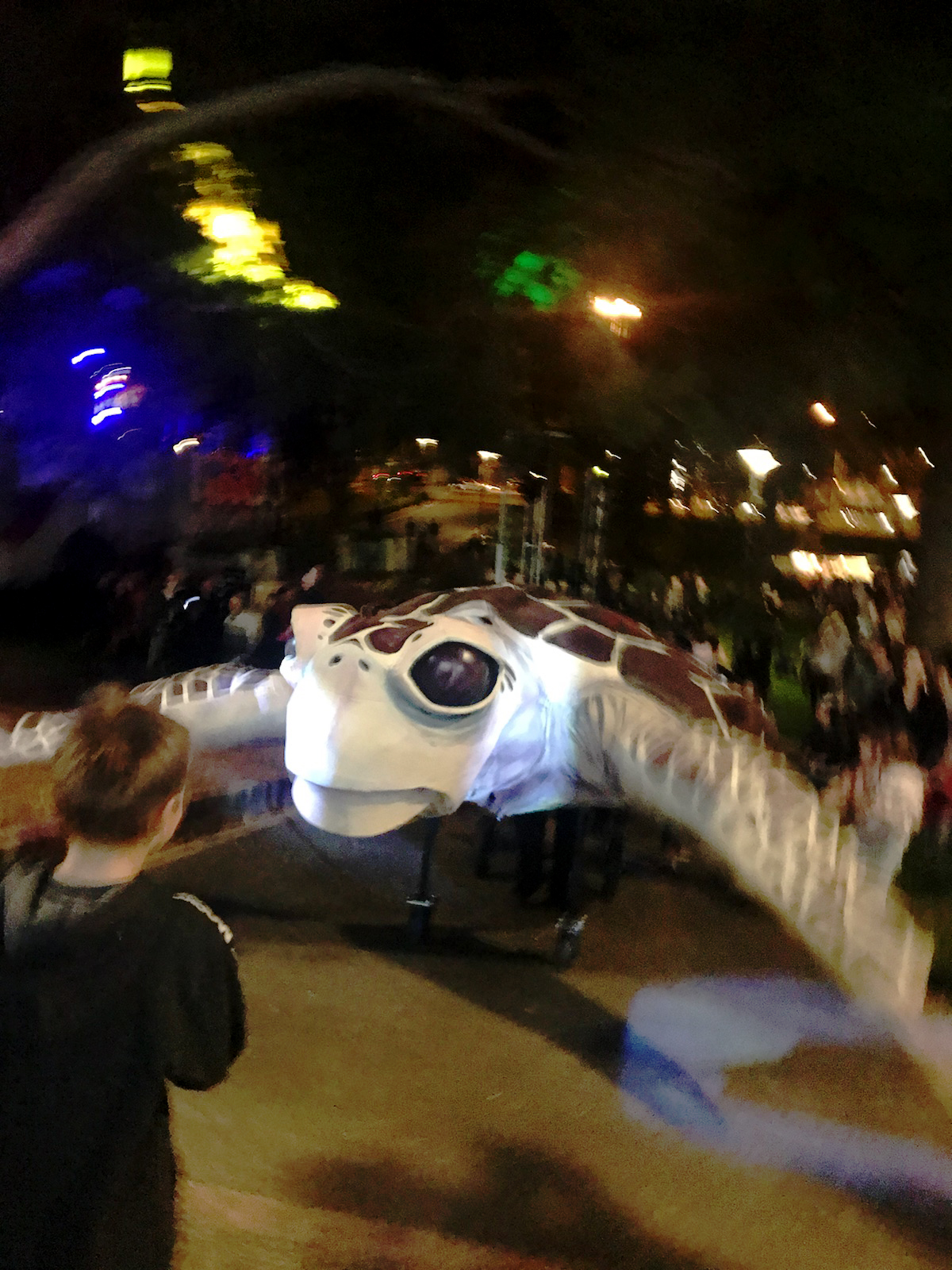 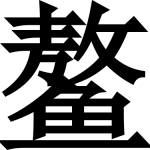 Make way for the giant sea turtle as it meanders through the coral, munching on the sponges. Careful it doesn’t mistake your hand for a jellyfish and have a nibble. A colourful Periwinkle Sea Snail hitching a ride on its shell.

Photos by Scott Davis. Others by Hilton Stone and provided courtesy of the City of Greater Dandenong. Last one by Ferne Millen

If you would like Giant Bugs descend on your event lease contact Lachlan Plain on (+61) 432 103 538 or lachlan@sanctumtheatre.org